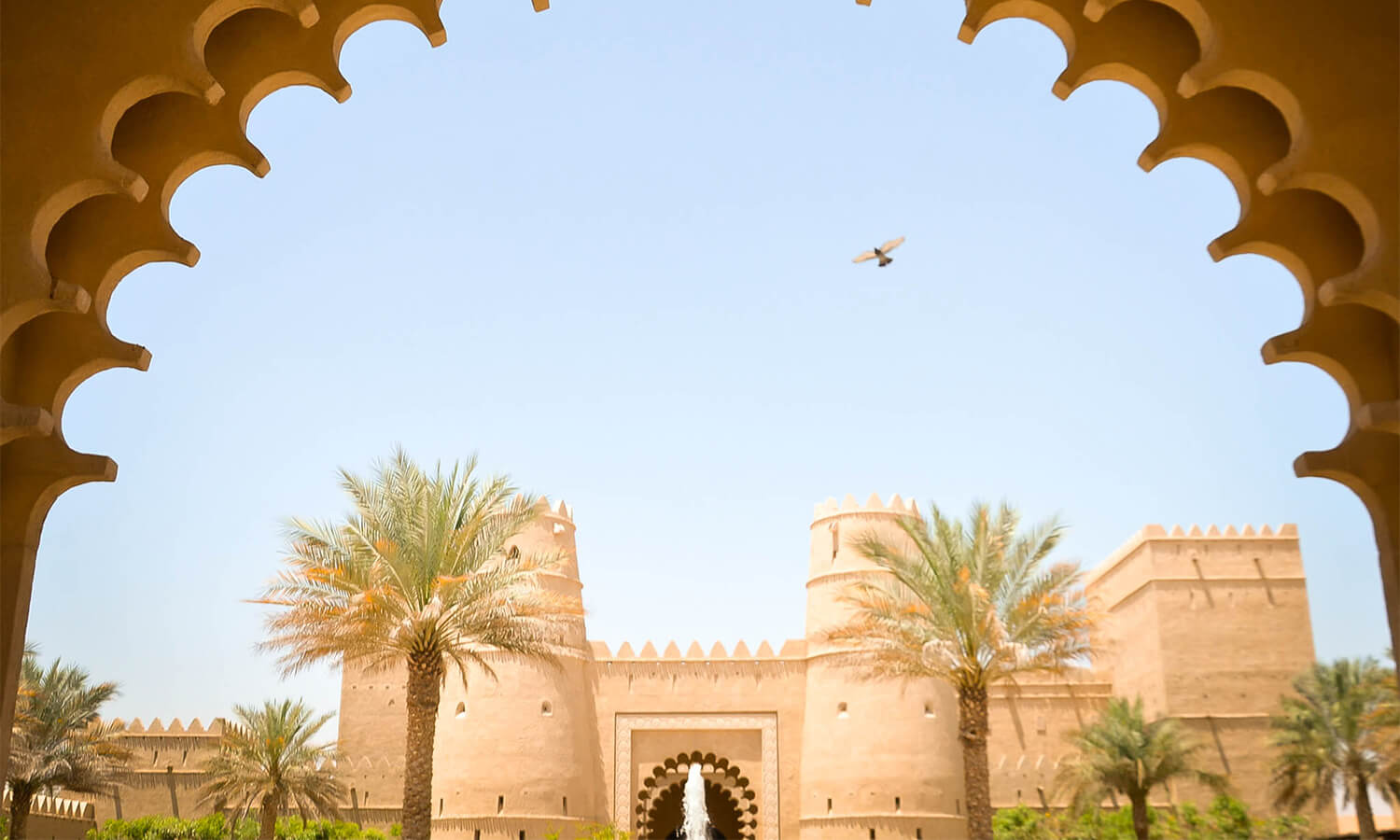 The Liwa Crescent is a 138-kilometre route which links forty small settlements and marks the start of the true Rub Al Khali, The Empty Quarter. Originally no more than a sand path between the dunes ,beaten by camel caravans, it is now a streetlit dual carriageway making journey time from one end to the other just two hours instead of almost two weeks!

Local tribes have lived in the Liwa area for centuries, eking out a living growing dates and farming livestock. Liwa has an ancient secret in that vast quantities of groundwater lie beneath the desert sands, sometimes only a few metres below, making life possible in this most inhospitable of terrains.

Camel caravans would travel up to 10 days to reach Abu Dhabi, or journey further afield to Saudi Arabia, Oman and beyond, to trade dates, goats and camels. Navigating using the sun and stars, they would travel from well to well to water their camels.

If they passed a village or oasis inhabited by a friendly tribe they would stop and pass on the all-important “news”, vital in a world with no telephones or speedy travel. Visitors were made very welcome as it is incumbent on Bedu through both tradition and their Muslim faith, to offer hospitality to all who need it. On arrival, travellers would be offered spicy Arabic coffee, called ghawa, followed up by sugary sweet dates and a full meal. They would always be asked to stay a few nights, though sometimes if food was especially scarce, the host hoped they would decline his invitation!

In the summer, many young men from the region would head to the coast to work in the pearl trade, a very harsh and dangerous occupation, before returning to Liwa with their wages in the winter.

The first building in Abu Dhabi, Umm Al Hisn Fort, was built by the Imams (Islamic Leaders) of the Bani Yas tribes who originated in Liwa. It is said that they travelled to what is now Abu Dhabi island by crossing the shallow water at Al Maqta and were surprised to see a gazelle drinking at of all things, surrounded by the sea, a freshwater spring. The fort was established in 1793; over the last 3 centuries, Abu Dhabi, which literally translated means “father of the gazelle” has grown beyond recognition into a modern 21st century city.

Liwa has also developed over the years with good roads, mobile phone masts and concrete buildings instead of the barasti huts of long long ago.

FRESH OFFERS IN YOUR INBOX

Visiting UAE and missing an experience through the vast desert? You should never miss this opportunity. TheEQRovers is the perfect choice for your tours & activities.